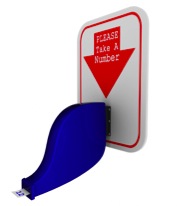 In the past two and half weeks many bugs got fixed and new features were added. The beta users were really terrific and sent valuable feedback, ideas and bug reports.

So it became time to invite more users to the beta program: The first 500 people on the waiting list have now been invited to test Mailplane.

If you don't have registered yet but would like to: the waiting list is here. You will get an invitation as soon as your number is called.

We also recommend our newsletter for periodic updates about Mailplane.

No Spam. Don't expect more than two emails a year. We love programming too much ;)