Gmail now detects phone numbers in emails and will convert them to clickable links:

With the ability to call phones built right into Gmail, you no longer have to get out your phone and retype a number anytime someone sends you one in an email or chat message. Starting today, you’ll see that phone numbers appear as links, like this: 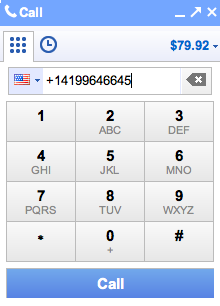 Just click the number, and Gmail’s dialpad will pop up, already populated with the number you’re trying to call.

Click “Call” and voilà! Of course, if you don’t already have the voice and video plugin installed, you’ll be prompted to do that first.

You’ll also see a little green phone icon next to numbers in your contacts which you can use to do the same thing. 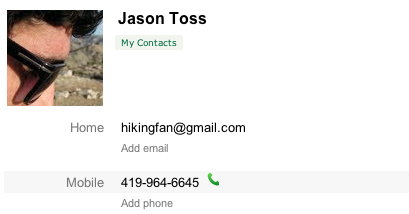