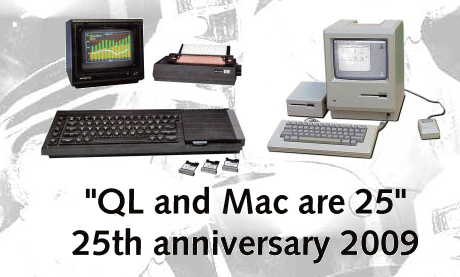 I'll giving a talk about the Mac OS X, it's recent history, and about Cocoa development on the Mac and the iPhone. The title of the talk: "The Mac died nine years ago.". Don't worry, it was a good thing after all. Back in 2000 Mac OS 9 was outdated (remember the Mac bomb and crashes?) and Macs were slower than comparable PCs or Unix workstations. But everything changed when NeXTstep morphed to Mac OS X and later Macs got Intel processors. Would an iPhone have been possible without NeXTstep? Would we have a 64bit Mac OS?

If you happen to be near Lucerne, you're very welcome to attend this free event:

When? Sat/Sun Oct 31st/Nov 1st 2009. The talk will start Saturday at 13:00
Where? Verkehrshaus (Swiss Transport Museum) Lucerne, Switzerland
Check out the web page for the event for more information.