Recommendation:
If you use Gmail 2, disable the setting.
If you prefer Gmail 1, enable it. 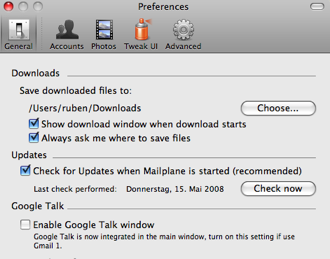 Some users don't experience the crashes, even with Safari Ad block and SafariBlock installed. There is a new button on the alert, to stop all warnings about it.

Other Improvements and bugfixes: